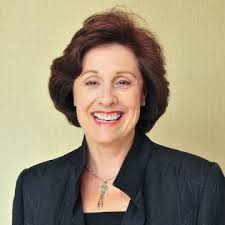 Welcome back, and I hope you’re feeling happy, healthy and inspired. On this week’s episode of Women Rocking Wall Street, I’m thrilled to introduce Maureen Adolf, who’s an expert in government relations and pubic policy. She’s also president of the Financial Women’s Association, a New York-based organization dedicated to accelerating women’s careers in the finance industry.

If you’ve been thinking about joining a group for women in finance, there’s no time like the present. (Here’s how you can apply for a membership with the Financial Women’s Association.) And as far as internal networks go, don’t be afraid to explore them—even if you aren’t a senior member of your company.  Many times, internal networking groups are formed organically at the lower level, or through HR. And these groups are in demand: According to the report, 77% of respondents who work at firms without a WIN said they would join if their organization had one.

If you are a decision maker for an existing WIN, consider meeting during the workday to accommodate busy schedules and demands at home. Almost half of those surveyed (41%) said time was a reason for not participating.

Check out the full episode for more information about how to get involved, and for Maureen’s insights on the industry. And if you like the episode, please be sure to share with your colleagues, connections and friends. Let’s continue to grow the ranks of Women Rocking Wall Street!

The book on social media media success in the financial services industry.
How to Work a Room

What’s Behind Your Investments
Scroll to top