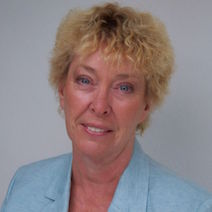 Welcome back! On this week’s episode of Women Rocking Wall Street, I’ve invited Charlotte Laurent-Ottomane to speak about the Thirty Percent Coalition. I first heard about Charlotte in an article and was so excited to learn more about this organization, which was formed to encourage gender diversity in boardrooms.

Meanwhile, the Corporate Leaders committee encourages CEOs and board chairs to also add more women to their boards, and the Public Sector Initiatives works with government and public officials to aid the efforts of gender diversity. Such great stuff!

Charlotte says the Thirty Percent Coalition enjoys a diverse membership base, in which every member is dedicated to making the mission possible. Although it’s going to be hard work to reach 30% in the next couple years, Charlotte says interest in the idea is definitely growing.

Once boards start looking at the gaps they need to fill, they will see that adding women is a wise business decision. I encourage everyone to examine their boards’ diversity. You can also look at your retirement plan investments and determine whether you are supporting funds from companies that embrace gender diversity. Ask yourself if you’re invested in organizations that align with your personal mission.

Want to join the discussion?
Feel free to contribute!

The book on social media media success in the financial services industry.
Keeping an Open Mind

The Getting Along Paradigm
Scroll to top