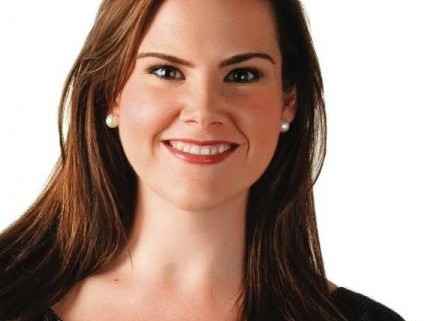 My guest this week truly cares about her clients and is an advocate for women in the financial industry. Anne McCabe Triana is a graduate of George Mason University and has been working in the financial industry since 2001. She has worked with organizations like American Express Financial Advisors and UBC and is an independent advisor (owning her own company). Her current venture, Curo Private Wealth is focused on caring and engaging with clients. Anne’s team strive to learn what the concerns are of their client and then move forward from there to create a trusting relationship.

Anne is also a huge advocate for women in the financial industry. She feels that women are great financial advisors because they can be innovative in finding clients and then are able to foster strong, nurturing relationships. There is also a lot of flexibility later in the profession so that women with families can manage their own time around their family’s needs.

One thing that Anne was told early on in her career was to learn to golf if she wanted to close deals. Very early on, she took golf lessons but at a certain point, she found herself being inauthentic. Even the way she was dressing felt wrong for her. If she could go back and change things, she wouldn’t try to be a “man”. Anne recommends embracing our female qualities because those are strengths as well.

For those starting in the profession, Anne recommends finding and becoming committed to a niche and know absolutely everything about it. Anne’s success came from networking, building relationships, referrals and servicing clients as much as possible.

Some great books were mentioned in this episode including “The Consultant with Pink Hair” by Carl Harrison, “Win Without Pitching Manifesto” by Blair Enns, “From Fear to Fearlessness” by Pema Chodron, “Double Double” by Cameron Herold,  “Think and Grow Rich” by Napoleon Hill, and “Mastery” by Robert Greene. Also, be sure to check out my interview with Kathleen Burns, a woman who has been instrumental in growing the number of women with their CFP designation.

If you’d like to get in touch with Anne, you can do so through Twitter and Facebook. Thanks for listening to this week’s episode of the Women Rocking Wall Street show! If you liked this episode, be sure to hit subscribe, share it with others and write us a quick review on iTunes.

The book on social media media success in the financial services industry.
Powering Your Business

The Truth About Your Finances
Scroll to top