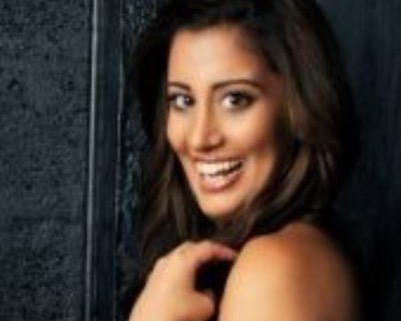 Episode 55: Business Is in Her Blood
Guest: Miriam Diwan

Miriam Diwan’s family has always been in business or finance, so you could say it runs in her blood. She attended the University of Pennsylvania to obtain her undergraduate and found that she had varied interests. She graduated with a dual degree in liberal arts and finance. From there, she began investment banking and eventually moved into hedge funds. With her first position, at a private equity firm, she was one of the first three women that were hired in a 10-year history.

When her mother fell ill, Miriam ended up being the primary caregiver. Trying to manage her career and supporting her mom, she found that it was becoming too much for her to handle. Miriam made the decision to put her career on hold and eventually moved to L.A for her mother to receive the best medical care available. Through this process, Miriam and her mother had to move to several different states and experienced the difficulties in finding a neighbourhood that met all their needs.

After Miriam’s mother went into remission, she began considering re-entering the workforce. The trouble was that the finance industry was fast moving and extremely difficult to get back into. So, deciding to try something new, Miriam began her own company in the field of technology. NowMoveMe aims to help adjustment periods when it comes to moving and also fosters community among local residents. Through the use of technology, Miriam is working to create a digital “welcome wagon” where users can find information about their neighborhood. NowMoveMe currently focuses on Santa Monica, but will soon be branching out to all of Los Angeles and then branching out from there.

The hardest part that Miriam found in starting a new company is the lack of resources. She’s had to think outside the box and willing to try something new every day. Miriam has found it really rewarding too because she is building something “brick by brick.” Advice that Miriam has for anyone working on a startup, make sure you set yourself up financially for the next two to three years because you may not earn anything within that period of time. Also, always try to operate like you’re bootstrapped, even if you have substantial funding (you never know how long something can take). Lastly, find a mentor; someone a few steps ahead of you in the startup path and can help you through some of the common roadblocks.

To connect with Miriam, you can follow her on Instagram and Facebook. Thanks for listening to this week’s episode of the Women Rocking Wall Street show! If you liked what you heard, be sure to hit subscribe, share it with others and write us a quick review on iTunes.

Thriving in Business
Scroll to top