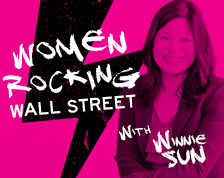 The book on social media media success in the financial services industry.
Being a Modernist in Finance

It’s Not the End of the Road
Scroll to top